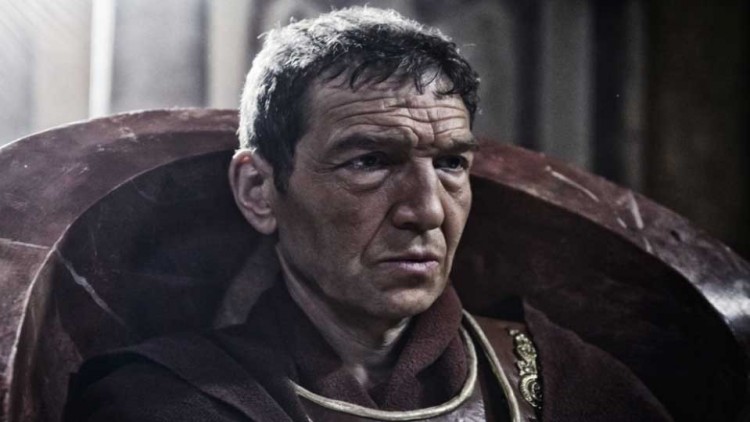 Sometimes I think Pontius Pilate gets a bad rap.

Sure, he was ultimately the slithery politician who sentenced Jesus to death, but he was also the only person on earth who offered Jesus something of a defense.

When the Jews first presented Jesus to Pilate, Pilate told them to try Jesus themselves. But the Jews argued that they could not lawfully put Him to death (John 18:31).

Then, after interrogating Jesus, Pilate, again, told his accusers: “I find no cause in him,” Pilate told Christ's accusers (John 18:38).

Finally, like so many politicians, Pilate weaseled his way out of the problem and ceremoniously washed his hands of the matter. He accepted the default.

But this post is about the great gift Pilate gave to the world: A question.

A lot of people mock Pilate for this question. After all, Truth Himself was standing mere feet away at the time. But few of us really bother to consider the question: what is truth?

The quick answer for Christians seems to avoid the hard work of thinking, which is a mistake. “Jesus is the way, the truth, and the life.” Nothing in sacred scripture should be dismissed or waved off casually. While this terse answer satisfies the speaker, it means nothing to the inquisitor. And Jesus didn't offer such a pithy response to Pilate. He knew the answer would mean nothing to a pagan.

So, is truth suffering?

We don't know Pilate's intent. Most scholars seem to think Pilate's question was rhetorical, like “Is the pope Catholic?” That's what I was taught by Fr. Chuck Deister at Epiphany of Our Lord Catholic School in about 1976. And it's what I've heard ever since.

But with recent challenges to the meaning of truth, with the rise of the idea of “my truth,” I wonder if Pilate didn't pack more into that question. And that raises several possibilities.

If we accept that Pilate's question sought an answer, we must explore the two kinds of answers Pilate may have sought.

If Pilate's question, “quid est veritas?” was not meant rhetorically, then there are two kinds of answers Pilate may have sought: concrete or abstract.

By “concrete,” we mean something like a list of truths, such as Emmanual Kant sought in exploring a moral imperative. An example of concrete truth might be the Ten Commandments: Love God above all things, honor your father and your mother, do not murder, do not slap nice Catholic ladies who want to shake your hand, etc.

If Pilate wanted an abstract definition of truth, however, he would not have demanded concrete examples, but rather a framework for identifying the truth. Or, perhaps even more useful, a framework for rejecting non-truths.

Since I'm no Emmanual Kant, I'm going to pretend that Pilate did not want a concrete example of truth. Instead, Pilate wanted a framework by which to judge a thing as true or not.

A truth must be consistent with reality and transcend time.

Something can be accurate and factually without being a truth. (We should be careful about using “truth” too loosely.)

Let's looks at each part in more depth.

Reality is what is. A person with two XX chromosomes is a female, and a person with an X and Y chromosome is a male. That is reality. No person is free to deny that reality, regardless of the protestations of the trans-gender Gestapo.

This concession to reality is crucial, because modern philosophy since Descartes has denied reality outside of human experience. As Fr. Chad Ripperger writes in Topics on Tradition:

After Descartes, modern philosophy, having adopted the cogito as a principle, vacillates between trying to get back to reality and trying to make thought identical with reality.1

Or, if reality does exist, we cannot know it:

Immanuel Kant (1724-1804), accepting the Cartesian cogito and the Humean critique of causation, developed an understanding of epistemology (a branch of philosophy that investigates the origin, nature, methods and limits of human knowledge) that led him to the following conclusions. Kant labeled the thing-in-itself, i.e. the thing in reality, the noumena, and said it was inaccessible to human understanding and knowledge. But he went on to say that we did have some kind of experience of the noumena, called the phenomena. Our experience of the phenomena did not penetrate to the essence of the noumena, and thus we were still unable to reach the real. However, man does have an a priori knowledge of things as well as his experience or phenomena. What is important in this whole discussion is the phenomena, i.e. human experience. In later philosophical systems, this experience will become the focal point in the discussion about God.2

Without reality, you can't have truth, which would make Pilate's question rhetorical. And we've already agreed to suspend that possibility for the purposes of this post. Therefore, we must concede that truth conforms to reality.

(For a deeper examination of this topic by someone who actually knows what he's writing about, I highly recommend you read Fr. Ripperger's excellent book Topics on Tradition before Lent begins.)

Reality being what is, we turn to the question of when?

To be true, something must transcend time. A thing cannot be true today and false tomorrow. Not in the moral-philosophical sense, anyway. It is cloudy in St. Louis today. That's accurate, but not truth for the purposes of this discussion. To be true, the it must have been true at all times in the past and all times in the future, and for everyone everywhere. But the tomorrow's weather could be different than today's.

This transcendant nature of truth also depends on a concession to reality. Again, to the great Father Ripperger:

Due to the fact that the Cartesian cogito cuts one off from reality and since revelation is something introduced into sensible reality, one is effectively cut off from revelation (which would occur in sensible reality). This effectively means that if there is to be a revelation, it must be shifted from objective reality (what Christ and Our Lord revealed to us) to the interior, i.e. inside the self. In this respect, the self becomes the principle of judgment regarding theological matters since the only way one can have revelation is if God reveals to one interiorly. As we saw with Schleiermacher, this ends up reducing theology (what he calls piety) to feeling or emotion. Yet in order to have this emotion, there must be some kind of experience and, following the Kantian way of thinking, God affects the phenomena, i.e. my experience, and so religion gets reduced to experience. Yet since one’s experience is constantly changing, what one thinks about God will change, not based on new knowledge gained from reality, but based upon self. In the context of theology, this means that whatever is taught to one from outside of the person is modified, based upon the person’s experience. This is why tradition within the context of modern philosophy only makes sense insofar as what is passed to someone else is modified based upon that person’s interior life or experience and then that is what is passed on from one person to the next. This is why Blondel makes the following observation: “For the way in which theology has in the past legitimately interpreted the facts, while nourishing itself upon them, will teach us the normal way by which the sacred deposit develops, by which it will always adapt itself to the course of history.3”

If we cut ourselves off from reality, then truth must change according to our individual experiences. To accept this means that truth either doesn't exist or is unknowable. But truth is reality and transcendent, and we know this because Jesus demonstrated it to Pilate, as we shall see.

This understanding of the transcendent (or eternal) nature of truth, too, is crucial. To explore an example, let's look at the changes Pope Francis recently made to the Catechism of the Catholic Church regarding capital punishment.

Recourse to the death penalty on the part of legitimate authority, following a fair trial, was long considered an appropriate response to the gravity of certain crimes and an acceptable, albeit extreme, means of safeguarding the common good.

Today, however, there is an increasing awareness that the dignity of the person is not lost even after the commission of very serious crimes. In addition, a new understanding has emerged of the significance of penal sanctions imposed by the state. Lastly, more effective systems of detention have been developed, which ensure the due protection of citizens but, at the same time, do not definitively deprive the guilty of the possibility of redemption.

Consequently, the Church teaches, in the light of the Gospel, that “the death penalty is inadmissible because it is an attack on the inviolability and dignity of the person”, and she works with determination for its abolition worldwide” 4.

Notice that time is central to the Pope's argument:

If the death penalty is wrong today, as Pope Francis claims, then it was always wrong. If God is truth (as the Church has always taught), and God is unchanging and unchangeable (as the Church has always taught), then truth cannot change, even if a pope says it has. Therefore, the pope's own explanation of a changing nature of the truth of capital punishment proves his new catechism falls short of the truth. While the ordinary teaching authority of the Church may compel Christians to receive the new teaching with, in John Paul II's words, “religious submission of mind and will,” the new teaching cannot be considered truth. It simply fails the test.

Pilate asked Jesus, “what is truth?” Jesus responded by submitting to torture and death on the cross.

And that's the truth.