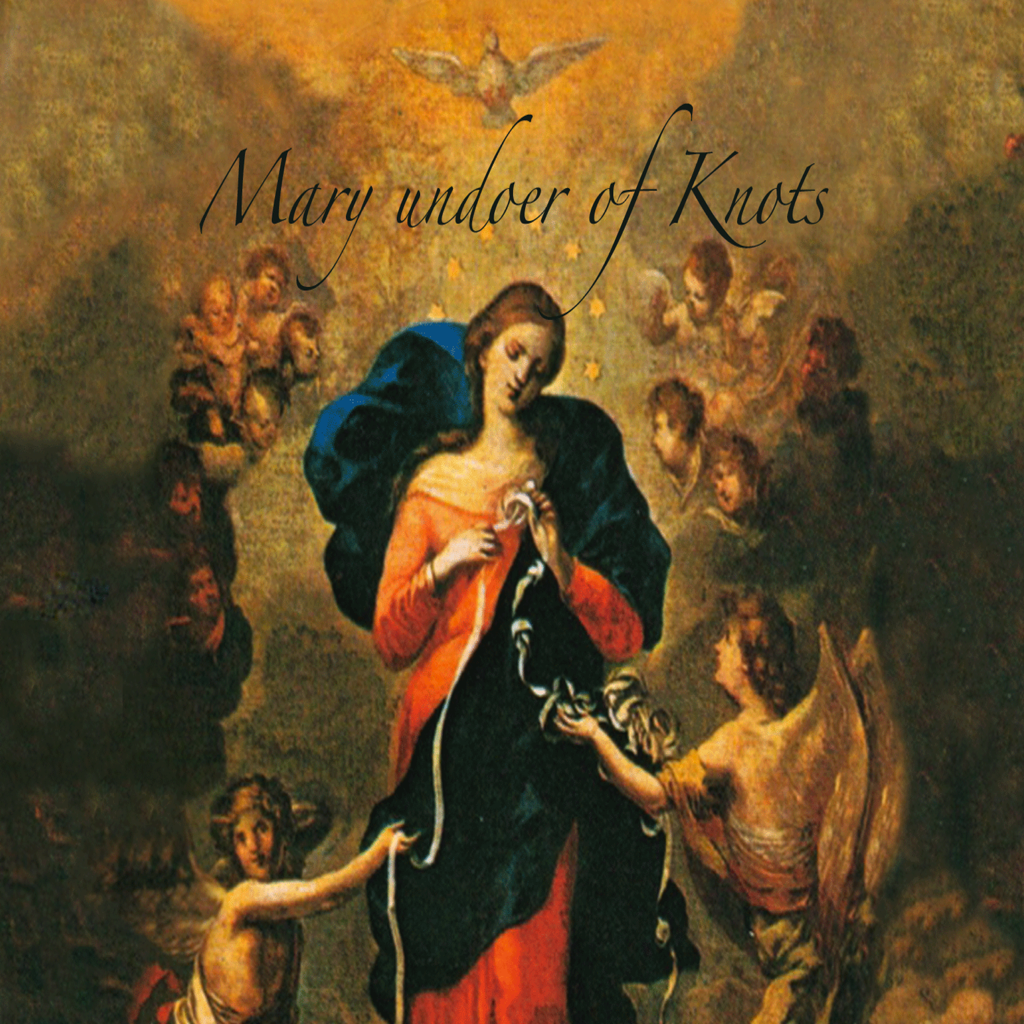 A Frenchman named Michel Chiron was possessed by demons for decades. His story of exorcism revealed something remarkable.

In an interview with Solène Tadié for National Catholic Register, Chiron said the demons possessing him mocked Jesus but feared “The Woman.”

They told me he did exist in the past but that he should be forgotten, as nowadays human beings no longer needed him. They even said that he was with their king now. They also attacked Jesus by putting him in the same basket as Buddha or Allah, etc., saying they were only parts of history, irrevocably behind us.

It's important to understand that these demons showed no fear of Jesus. They told Michel Chiron exactly what the secular world (and even a certain pope?) tell us about Jesus: we don't need Him anymore. He was only a man—“though a man of exceptional virtues, not at all a God.”

Now, here's what Chiron said about “The Woman”:

They kept saying that they got robbed the whole time. And they repeated it was all “The Woman’s” fault. I understood that “The Woman” referred to the Virgin Mary, as I was doing Rosaries and praying many Hail Marys every day. She was their ordeal. They were afraid of her, as well as “the cauldron.” I found this word very funny; they didn’t mention hell, but [called it] the cauldron.

Does that make any sense? Why would demons fear the Blessed Virgin, a creature, but not Jesus, God?

This first-hand account of the experience of exorcism troubled me. It didn't make sense.

But a week or so ago, I was meditating on the Great Commission and everything fell into place.

And Jesus coming spoke to them, saying: “All power is given to me in heaven and earth.” (Matthew 28:18)

From many exorcists and demonologists we learn that demons are very legalistic. Their world is a formal system with strict rules that they cannot break. And Jesus is their master.

Fr. Chad Ripperger is a theologian and exorcist. In a great sermon on the demonic at St. Mary of Pine Bluff, Wisconsin, Fr. Ripperger said:

The first time I came across this was in the case of a woman who was possessed. The demon was possessing the woman's lower back, because they usually possess [only] a part of [a person]… I commanded the demon, ‘why are you possessing the lower part of the back?’ It said to me, ‘I don't know.'… I'm commanding the demons to tell me ‘why don't you know,’ and he says, ‘I don't know.’ He says, ‘When I entered, Christ restricted me to that part of the body.’

This testimony from an experienced exorcist demonstrates just how formal and legalistic the demon world is.

Every one of us is a slave of Jesus Christ. There's only one question; there's only one dividing line, and that is: are you willingly a slave of His or not? That's the only question. In their case [the demons], they're not.”

Demons, then, are unwilling slaves to Jesus who has all authority in heaven and earth. Even authority over demons.

We see from the exorcist that demons are on short leashes. And Jesus is their dog-walker.

We learn from Scripture that Jesus has been given all authority in heaven and earth.

Put those together, and you see that demons influence us, tempt us, oppress us, and possess us only by the explicit permission of Jesus Christ, King of Heaven and Earth.

It's beginning to make sense. Jesus permitted the demons to possess Michel Chiron. Michel Chiron “asked for” his demonic tormentors by participating in seances for many years. He wanted sex, power, and money, and he wanted it through preternatural means. Jesus gave him what he wanted, in a way. Jesus gave Michel over to the dark powers who could give Michel what he wanted. For a price.

When the demons told Michel that Jesus doesn't matter anymore, that man had outgrown his need for Christ, they were saying what Jesus permitted them to say.

When the demons in our culture tell us Jesus was just a good man, but only a man, it is simply saying what Jesus permitted the demons to say.

The Woman Is Not God, But She Knows Him Well

The Woman the demons refer to, however, is not God. She did not give the demons permission to possess Michel Chiron. She cannot expel them.

But she's not powerless. Our Lady has great influence over the leash-holder.

And [Jesus] went down with them, and came to Nazareth, and was subject [obedient] to them [Mary and Joseph]. And his mother kept all these words in her heart. (Luke 2:51)

In ancient Israel, the queen was not the king's wife, but his mother. The queen mother had the greatest influence on the king. If you wanted a favor from the king, your best tactic was to first win the favor of his mother. For example, look at the wedding at Cana in the Book of John, chapter 2:

And the wine failing, the mother of Jesus saith to him: “They have no wine.”

And Jesus saith to her: “Woman, what is that to me and to thee? My hour is not yet come.”

His mother saith to the waiters: “Whatsoever he shall say to you, do ye.”

We see here that Christ's mother intercedes on behalf of us in our needs. Even our temporal needs. Indeed, we might even say, “our temporal wants,” provided our wants and desires conform to God's will. The wine ran out, Mary told Jesus, Jesus said, ‘it's not the time,’ and Mary told the servants to do whatever Jesus says. Of course, Jesus told the servants to fill six large pots with water, which Jesus then turned into the finest wine.

When Michel Chiron prayed the Most Holy Rosary of the Blessed Virgin Mary every day, he won great favor with her and called attention to his suffering.

The Queen Mother of heaven interceded on Michel's behalf. She pled his case to her Son who has been given all authority in heaven and earth. As Michel put it:

With Jesus’ permission, and at the behest of The Woman, Michel repossessed his body after a formal exorcism by a priest.

It's so easy to believe what the demons told Michel Chiron, that man has outgrown Jesus. That's a test, but it's a test designed to make us feel alone.

It's also easy to believe that we must do everything on our own. If Jesus really is with their king now, then it's up to us to chart our destiny. “If it's to be, it's up to me.”

But nothing could be further from the truth.

In those moments when we're tempted to take matters into our own hands, don't. Remember that Christ wants us to come to Him as little children.

And what do little children do when they want or need something? They ask their mother. “Mommy, will you tie this for me?”

The Devil and the Kitchen Sink

My wife and I returned home from Midnight Mass at 2:00 a.m. on Christmas morning. We had a busy day ahead of us and wanted to get to bed. But demons had visited us.

“The sink is leaking,” my wife told me.

I was tired. I don't think I answered her immediately. To myself, I said something like, “great.”

Investigating, I found that the 15-year-old pullout faucet hose was leaking. Water was running down the hose into the cabinet beneath. Everything was soaked.

I took immediate corrective actions under the sink, devised a cofferdam to block the water, and ordered a new faucet on Amazon. It would arrive Friday.

We got through Christmas, but on the morning after my wife and I discussed whether it might make sense to replace the whole sink. Our sink was porcelain and very scratched. Scratched porcelain stains, and only bleach will get those stains out. (Trust me on this one.) Bleach corrodes. It's a vicious cycle.

So I cancelled the faucet and drove to Home Depot to buy a sink and faucet and all the little things that go along with it. I watched five videos about changing sinks. Those videos assured me it was a 3 hour job. So, at about nine in the morning, I began removing the old sink.

It seems YouTubers are always working in either a total rehab or in a studio with all new parts. They aren't working on 20-year-old homes with original cabinets and countertops. And poorly designed plumbing.

By eight o'clock Thursday night, having installed and removed the new sink, I was ready to give up. The plumbing didn't line up. The particleboard of the countertop disintegrated when I tightened the sink's retaining clips.

Meanwhile, dirty dishes were piling up. And, the kitchen looked like Bob Villa had gone on a rampage, hurling tools and hardware at random phantoms only he could see. On my way home from my third trip to Home Depot, I prayed. First, to Our Lady. Then, to St. Joseph the Worker. Then, I said a Rosary.

I watched no new videos. I called no one who's handier than I (which would have required simply throwing a dart at a telephone book and calling whomever the dart hit.) Yet, by three o'clock yesterday afternoon, I was returning all the under-counter cleaning crap to its proper place under the new sink. Problem solved.

My hands (and back) did the labor, but God solved the problems after I became as a little child and asked my mother for help.

Jesus has all authority in heaven and earth. His mother is the queen. Go to her, and she'll tell you “do whatever He tells you.” But only after she tells her Son, “They have no wine.”

And that's why demons seem more afraid of The Woman than of the God-man.