Part 3: Todd Akin Needs to Lead or Get Out of the Way 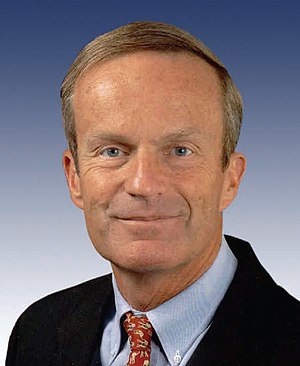 Before we get too far down the Akin rally road, let’s get some solid advice to Mr. Akin.

His principles, his spine, his grassroots do no good if Missouri turns blue.  He cannot advance his causes from his house in Wildwood.  Failure to take the Senate makes Obamacare permanent, at least in our lives.

Todd Akin, wonderful man he is, has a lot of responsibility.  As a candidate, he needs to grow and fast. Particularly following news that he trails Claire McCaskill by 10 percentage points according to Rasmussen.

He hasn’t helped himself in the aftermath. He has no message except “I’m sorry.”  He is letting the RNC drive the narrative.  He’s blaming the “liberal media,” but that institution seems happy to let the GOP tear him apart.

If he’s content to spend his last half million and then next 10 days apologizing, then he might as well quit now.

Here’s what he has to do:

1.  Get out of his bubble and deal with the reality he faces.  He’s shut himself off from the messages he doesn’t want to hear.  That’s human nature.  But to win, he has fight his own inclinations to cocoon.  He has to hear from people who love him but think he should drop. He needs to hear from people who hate him but think he should fight on.  He needs to hear from writers, marketers, and artists who know how to hit the brain beneath the prefrontal cortex.  He needs GOOD COUNSEL, not just “amen.”

2.  If he will leave the cocoon he’s in, he needs to hear this: as long as the message is about rape and abortion, he’s toast.  If he stays on THIS message and stays in the race, he will lose, most of the Missouri GOP statewide candidates will lose, and MIssouri may go blue. Drop the apology.

3.  He needs to bring on people he’s NOT comfortable with.  People who will challenge.  Brilliant strategists and wordsmiths who can craft an argument.

4.  He needs to know his 3 points for every press interaction and stick to them.

7.  He needs to memorize this response to every question about abortion:  **“Every child conceived should be born into an America that has room for him or her to grow into a loving family, a good home, effective schools, and a lucrative career of their choice.” ** That’s it.  Nothing more. It sets up the case of the economy

8.  Every answer to every question must get back to the economy and the economic wreck advanced by Barack Obama with the enthusiastic support of Claire McCaskill.

9.  He must PROSECUTE this campaign the way a great general prosecutes a battle. Survival’s not enough.

10.  He must ignore winnability. That’s our job. His job is to make people like him, trust him, vote for him, or stay home.

Every big name in the GOP has called for him drop out. ** Until he leads, the calls will continue**.  I know he’s shown great spine, but spine is not leadership. If he leads, they will follow.

He can put people on their heels without being a jerk.  He has it in him.  Apologizing isn’t leadership.  Leaders lead. His rival is Claire McCaskill. She is remarkably unpopular.  His nemesis is Barack Obama.  He is loathed in Missouri.

Get the message back on track.  Be a leader.  Win.

There’s one question I ask every politician who asks for my support:  why do you want this job?  The answers reveal tons about the person.  Right now, his answer seems to be “because I made a mistake, and I’m sorry.”  That’s weak.  It’s a loser’s answer.

I can’t feed him HIS answer.  But I can tell him the one’s he’s got ain’t working. Even among some of his staunchest supporters.

Romney-Ryan Have a Vision They Can Talk About

Why did murder skyrocket in Chicago as soon as Rahm Emanuel became mayor? Why have Americans become nastier and meaner since Barack Obama became president? As Michael Dukakis told us, a fish rots from the head down. Obama surrounds himself with people who thrive on decay and death. After four years, Obama has nothing to say for himself. Nothing. He can only cut and attack and lie and sneer and mock like a high school bully.

The Economy Is Getting Worse Thanks to Liberalism

The horror in Aurora, Colorado, gave President Obama a little cover last Friday. That’s because the Labor Department announced that unemployment rose in 27 states. President Obama promised to hold unemployment under eight percent if Congress passed the stimulus package in 2009. Congress did, but Obama failed. Remember all those green jobs? They’re gone. **The problem isn’t Barack Obama; the problem is liberalism. ** Liberals believe that only experts can make intelligent decisions.

The Old Reagan Soviet Jokes Are on US

Ronald Reagan loved to tell jokes about the Soviet Union.If Obama’s re-elected, though, these same jokes could be turned on the United States. Some of them already can be. It’s hard to get an automobile in the United States. They are owned mainly by elite bureaucrats. It takes an average of 10 years to get a car. 1 out of 7 families owned automobiles. You have to go through a major process and put the money out in advance.